ED HERBST BACK UP FISHING AGAIN

Doing something nobody dreamed possible a scant few months ago, Ed Herbst yesterday picked up a fly rod and cast a long loop across one of the Fizantakraal lakes. In no time at all he had landed a trout and lost two others, but no one was counting. That wasn’t the real meaning behind the day. The only REALLY important thing was that Ed was fishing again. 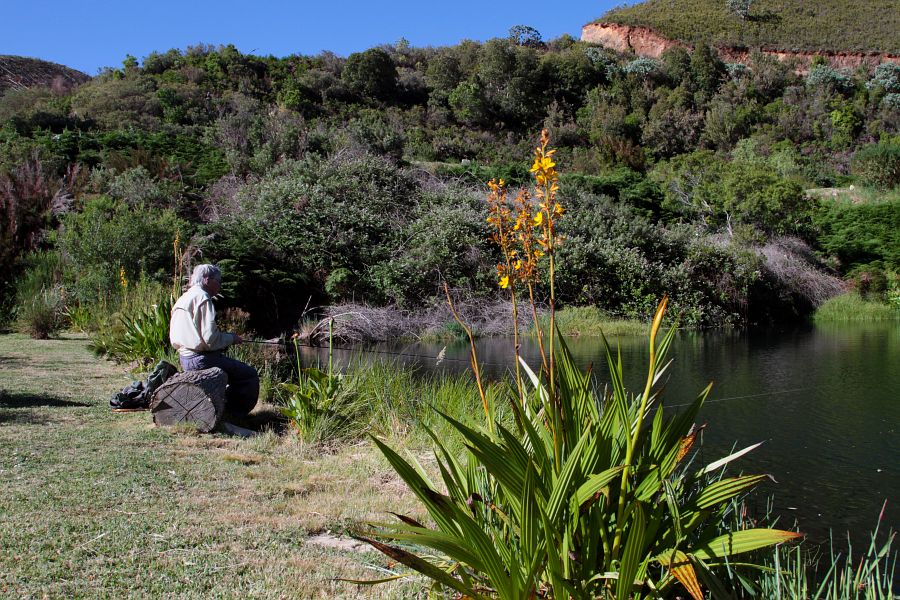 Chatting to him on the side of the pond I asked Ed when  last he had caught a trout or been fishing. 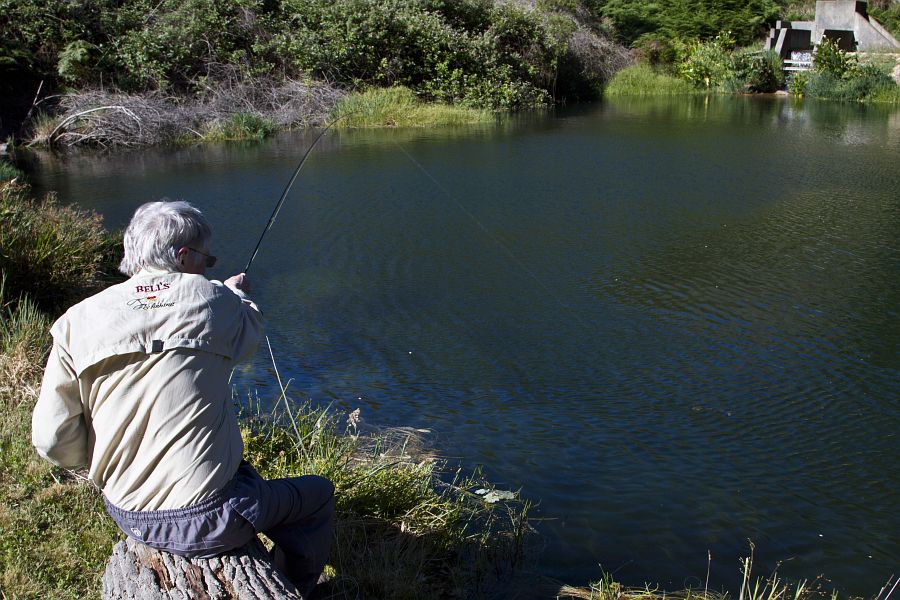 ‘That was eighteen months ago’, he said, adding, ‘It may even be two years.’ 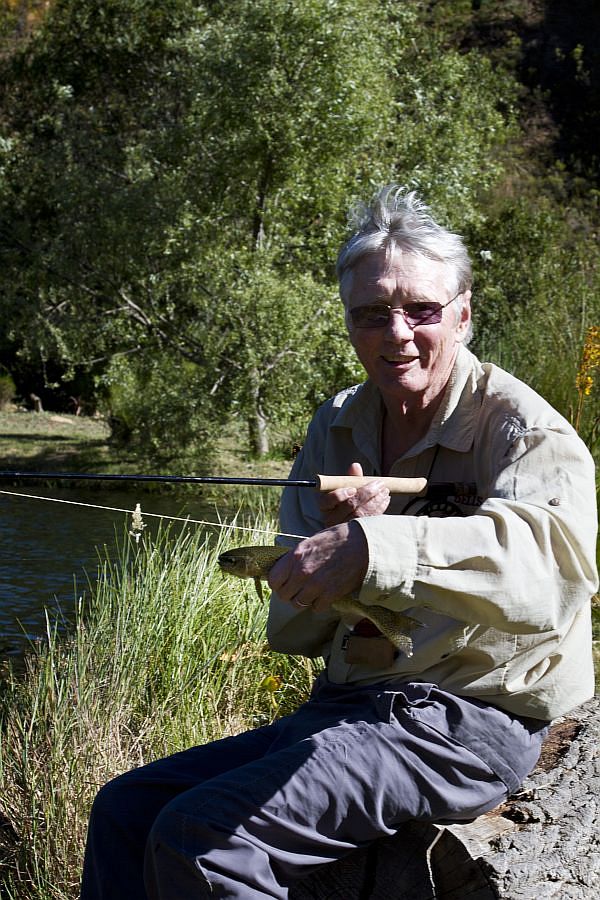 What’s kept Ed out of the sport he so loves has been a brave battle he has waged against a debilitating neurological disorder that nobody seemed to think would ever come right. Then after a new course of treatment that ended some months ago he began, very gradually, to notice minor improvements that eventually got to the point where taking him fishing became less of a dream and more of a possibility.

Sharland on one of the ponds

Sharland and Gavin Urquhart had rented Fizantakraal for a few days and wondered if Ed might manage a short spell on one of the dams. I drove him up and the rest unfolded like a Hollywood script. He sat down on a log and caught fish. Look he’s not ready yet for the gorge on the Tsitsa, or a hike up the JDTs, but Ed’s happy to give that sort of outing the time to heal that is needed.

For the moment there are at least a few places Ed can confidently fish, enjoy the outdoors, feel the wind on his face and hear a fly line whistling through the air again. It certainly beats sitting in a wheelchair, which is where he was around six months ago without much hope of any escape!

A big vote of thanks to Sharland and Gavin and to Jenna and Ryan Weaver who put on a splendid lunch.